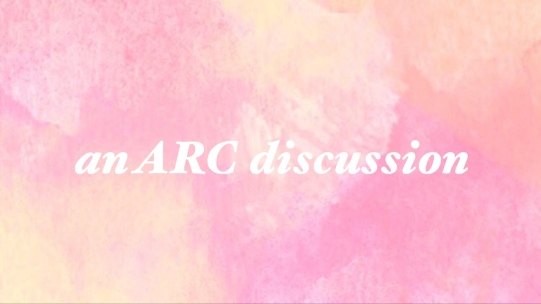 ARCs are fickle things. They’re promotional materials, and yet they are highly coveted by people who love to promote books. They’re cool! You get to read a book early. You’re helping the author and the publisher promote it. It’s amazing when a publisher allows you to read a book early. It’s awesome that they think you will help promote the book by sharing your thoughts. But, along with all this comes a lot of other things. Like, what are ARCs really used for? Who should get them? How are they distributed? I’ve had some thoughts on ARCs and some other discussions around them, so I thought I’d talk about it a bit!

Alright, this post came about when I saw a tweet by a publisher regarding a new ARC that was just printed. The caption was something along the lines of how cool it was that ARCs existed, but they’re not sharing yet. It kind of rubbed me the wrong way. I’ve seen a lot of people talk about how ARCs are publicity items. They cost money to make, but they have no inherent value. They’re early, not the best versions of the book. Wait for the final copy, it will be ten times better. They should be used to promote the book, that is what they are for.

I kind of feels like the entire ARC system needs to be upended and rewritten. I know I’m extremely lucky to get the ARCs I do, and I am so extremely grateful. But I just wish publishers would send the same message, all the time. I get people that if people are excited about ARCs, they’ll pre-order. They’re freaking out about getting an ARC and their thoughts on it will sell pre-orders. I know people who don’t get ARCs, but see the thoughts of the people who do and their e excitement over it will pre-order. Just, I don’t love the back and forth. Either ARCs are super cool and have value in the bookish community or they’re publicity items and should be used as such.

Tweets like “we’re not sharing yet” creates value over ARCs. It feeds into people thinking they’re only cool and popular if they have they latest ARCs. And that is so not true.

Honestly, this is such a small issue in the grand scheme of things, but I just can’t help but get frustrated. Please just send more ARCs to OwnVoices readers and take a chance on a couple people with smaller platforms. I get why both sides are being said, because both have pros to them and they both help sales. Though, I can’t help but sit here and wonder what I’m supposed to think about ARCs when both messages are being said.

8 thoughts on “An ARC Discussion”