The shadow of Godolia’s tyrannical rule is spreading, aided by their giant mechanized weapons known as Windups. War and oppression are everyday constants for the people of the Badlands, who live under the thumb of their cruel Godolia overlords. Eris Shindanai is a Gearbreaker, a brash young rebel who specializes in taking down Windups from the inside. When one of her missions goes awry and she finds herself in a Godolia prison, Eris meets Sona Steelcrest, a cybernetically enhanced Windup pilot. At first Eris sees Sona as her mortal enemy, but Sona has a secret: She has intentionally infiltrated the Windup program to destroy Godolia from within. As the clock ticks down to their deadliest mission yet, a direct attack to end Godolia’s reign once and for all, Eris and Sona grow closer—as comrades, friends, and perhaps something more…

I mean, a sci-fi with a title like Gearbreakers was enough to rope me in and shoot this book straight up my list of anticipated list. Plus, the author seems totally badass, so I was incredibly intrigued to see what kinds of book she would produce. Giant robots, rebels, taking down a tyrannical rule from the inside. Oh yeah, that sounded like a book I wanted to read. Trigger warnings: torture, grief, blood

END_OF_DOCUMENT_TOKEN_TO_BE_REPLACED 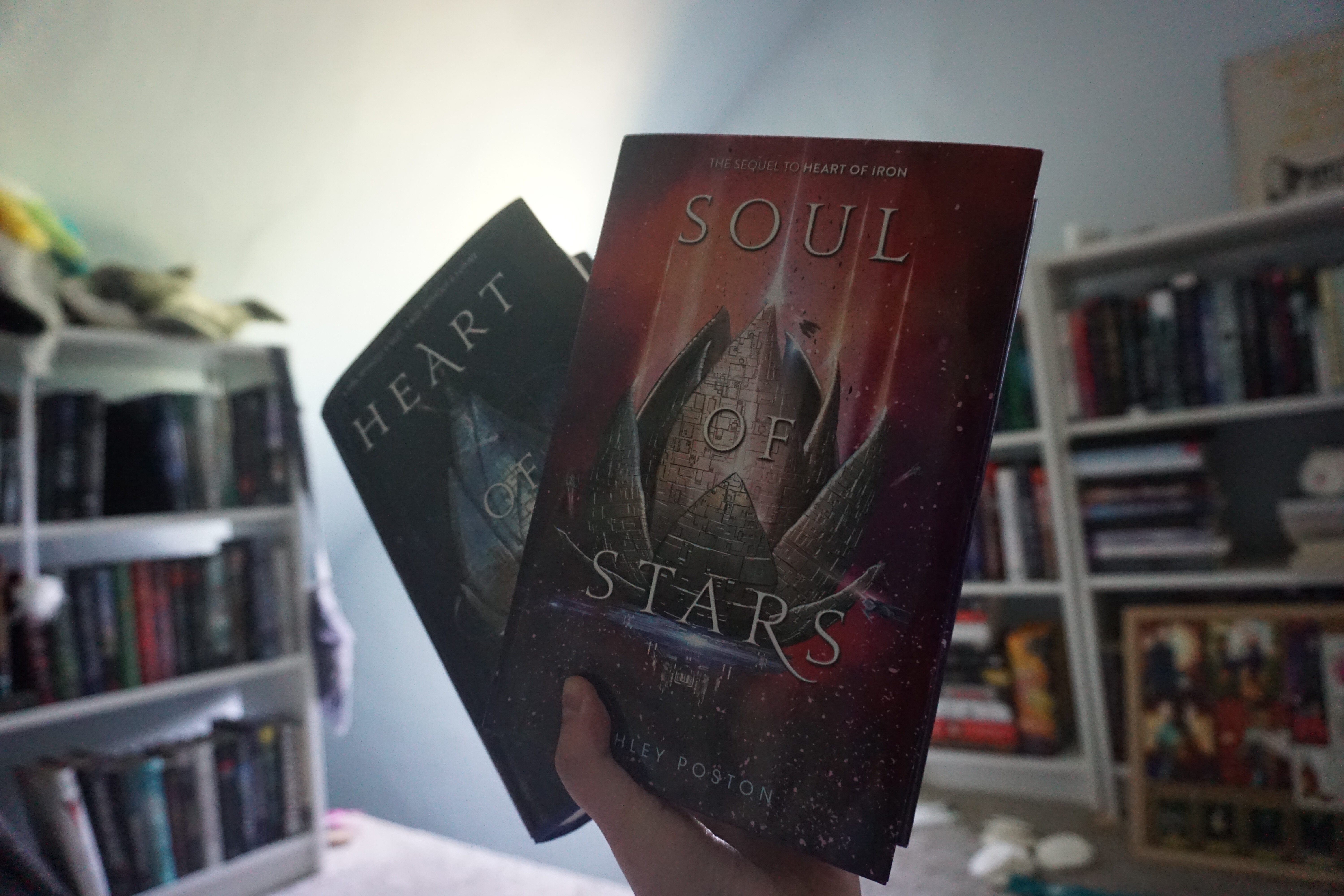 Once, Ana was an orphaned space outlaw. Then she was the Empress of the Iron Kingdom. Now, thought dead by most of the galaxy after she escaped from the dark AI program called the HIVE, Ana is desperate for a way to save Di from the HIVE’s evil clutches and take back her kingdom. Ana’s only option is to find Starbright, the one person who has hacked into the HIVE and lived to tell the tale. But when Ana’s desperation costs the crew of the Dossier a terrible price, Ana and her friends are sent spiraling through the most perilous reaches of the Iron Kingdom to stop the true arbiter of evil in her world: an ancient world-ending deity called the Great Dark. Their journey will take the sharp-witted pilot, Jax, to the home he never wanted to return to, and the dangerous fate he left behind. And when Robb finds out who Jax really is, he must contend with his own feelings for the boy he barely knows, and whether he truly belongs with this group of outcasts. When facing the worst odds, can Ana and her crew of misfits find a way to stop the Great Dark once and for all?

I can’t believe I got to read this book. Heart Of Iron became one of my favorite books when I read it. It’s a Anastasia retelling in space with robots and queer characters and such fantastic writing. My heart is basically bursting with love for this duology.