Chloe Wang is nervous to introduce her parents to her boyfriend, because the truth is, she hasn’t met him yet either. She hired him from Rent for Your ’Rents, a company specializing in providing fake boyfriends trained to impress even the most traditional Asian parents. Drew Chan’s passion is art, but after his parents cut him off for dropping out of college to pursue his dreams, he became a Rent for Your ’Rents employee to keep a roof over his head. Luckily, learning protocols like “Type C parents prefer quiet, kind, zero-PDA gestures” comes naturally to him. When Chloe rents Drew, the mission is simple: convince her parents fake Drew is worthy of their approval so they’ll stop pressuring her to accept a proposal from Hongbo, the wealthiest (and slimiest) young bachelor in their tight-knit Asian American community. But when Chloe starts to fall for the real Drew—who, unlike his fake persona, is definitely not ’rent-worthy—her carefully curated life begins to unravel. Can she figure out what she wants before she loses everything?

I love Gloria Chao books. I fell in love with American Panda, and while I might not have loved Our Wayward Fate as much, I still enjoyed it. When I found out that she would be writing a fake dating book, a book where the main character hires a fake boyfriend no less, I was incredibly eager to read it! I even share a name with the main character!

END_OF_DOCUMENT_TOKEN_TO_BE_REPLACED

It’s good to be Chloe Wynn Berringer. She’s headed off to the college of her dreams. She’s going to prom with the boy she’s had a crush on since middle school. Her best friend always has her back, and her mom, a B-list Hollywood celebrity, may finally be on her way to the B+ list. It’s good to be Chloe Wynn Berringer–at least, it was, until the FBI came knocking on her front door, guns at the ready, and her future went up in smoke. Now her mother is under arrest in a massive college admissions bribery scandal. Chloe, too, might be facing charges, and even time behind bars. The public is furious, the press is rabid, and the US attorney is out for blood. As she loses everything she’s long taken for granted, Chloe must reckon not only with the truth of what happened, but also with the examination of her own guilt. Why did her parents think the only way for her to succeed was to cheat for her? What did she know, and when did she know it? And perhaps most importantly, what does it mean to be complicit?

I was interested in this book because it sounded fascinating. A book about the college admissions scandal; a girl caught up in the whirlwind that is her mom bribing her way way into college. It didn’t sound like something I’d normally read, but it sounded interesting enough that wanted to give it a shot!

END_OF_DOCUMENT_TOKEN_TO_BE_REPLACED 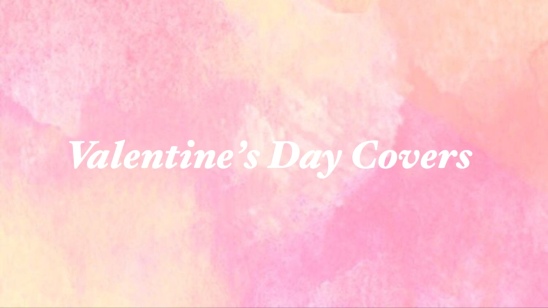 Happy Valentine’s Day! I personally love Valentines, with all the chocolate, flowers, and pink! Though I do wish it had more emphasize in love in general than just romantic love. Nevertheless, I thought it would fun to contribute to the pinkness and loveyness by putting together some pink and red covers!