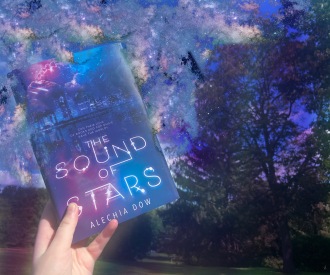 Two years ago, a misunderstanding between the leaders of Earth and the invading Ilori resulted in the deaths of one-third of the world’s population. Seventeen-year-old Janelle “Ellie” Baker survives in an Ilori-controlled center in New York City. Deemed dangerously volatile because of their initial reaction to the invasion, humanity’s emotional transgressions are now grounds for execution. All art, books and creative expression are illegal, but Ellie breaks the rules by keeping a secret library. When a book goes missing, Ellie is terrified that the Ilori will track it back to her and kill her. Born in a lab, M0Rr1S (Morris) was raised to be emotionless. When he finds Ellie’s illegal library, he’s duty-bound to deliver her for execution. The trouble is, he finds himself drawn to human music and in desperate need of more. They’re both breaking the rules for love of art—and Ellie inspires the same feelings in him that music does. Ellie’s—and humanity’s—fate rests in the hands of an alien she should fear. M0Rr1S has a lot of secrets, but also a potential solution—thousands of miles away. The two embark on a wild and dangerous road trip with a bag of books and their favorite albums, all the while making a story and a song of their own that just might save them both.

I wasn’t sure of this book at first. Books about books or music usually don’t mesh well with me. I’m not sure why, it’s weird. The cover drew me in, so it was on my radar somewhat. Though, I started hearing all kind of love about it online, so I thought I would give it more of a shot. Plus, an alien and a girl going on a dangerous road trip to try and save the world sounds incredibly intriguing. Trigger warnings: colonization, violence, execution, oppression, brainwashing and mind control, anxiety, panic attacks

END_OF_DOCUMENT_TOKEN_TO_BE_REPLACED

Her voice was her prison… Now it’s her weapon. In a world where magic is sung, a powerful mage named Cadence must choose between the two. For years, she has been forced to torture her country’s disgraced nobility at her ruthless queen’s bidding. But when she is reunited with her childhood friend, a noblewoman with ties to the underground rebellion, she must finally make a choice: Take a stand to free their country from oppression, or follow in the queen’s footsteps and become a monster herself.

When I found out about this book, I kind of felt like I’d fallen off something. A queer book, a f/f book, where song is magic and a girl has been forced to do the bidding of a powerful and cruel queen, but she’s reunited with her childhood friend. And that friend has ties to a rebellion. Yes, and the cover in all it’s purple glory just cemented everything for me. I was very, very eager to give this book a shot. Trigger warnings: violent animal deaths, torture, blood

END_OF_DOCUMENT_TOKEN_TO_BE_REPLACED

Growing up under his punk rocker dad’s spotlight, eighteen-year-old Luke Greenly knows fame and wants nothing to do with it. His real love isn’t in front of a crowd, it’s on the page. Hiding his gift and secretly hoarding songs in his bedroom at night, he prefers the anonymous comfort of the locally popular podcast he co-hosts with his outgoing and meddling, far-too-jealousy-inspiringly-happy-with-his-long-term-boyfriend twin brother, Cullen. But that’s not Luke’s only secret. He also has a major un-requited crush on music blogger, Vada Carsewell. Vada’s got a five year plan: secure a job at the Loud Lizard to learn from local legend (and her mom’s boyfriend) Phil Josephs (check), take over Phil’s music blog (double check), get accepted into Berkeley’s prestigious music journalism program (check, check, check), manage Ann Arbor’s summer concert series and secure a Rolling Stone internship. Luke Greenly is most definitely NOT on the list. So what if his self-deprecating charm and out-of-this-world music knowledge makes her dizzy? Or his brother just released a bootleg recording of Luke singing about some mystery girl on their podcast and she really, really wishes it was her?

I have seen a lot of love for You’d Be Mine online and a lot of excitement for More Than Maybe. I haven’t read You’d Be Mine yet, even though I really want, because I know it’s heavier. But, I knew that More Than Maybe would have a super sweet male main character and that was basically enough for me to want to read. And then I found out there’s mutual pining and I kind of just exploded.

END_OF_DOCUMENT_TOKEN_TO_BE_REPLACED 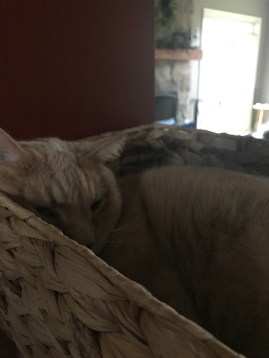 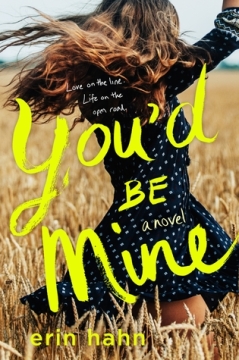 Welcome to Colsten Can’t Wait, which is my version of Waiting on Wednesday! Every week, my cat and I pick out an upcoming book we’re excited about to highlight it! This week, we picked out You’d Be Mine.