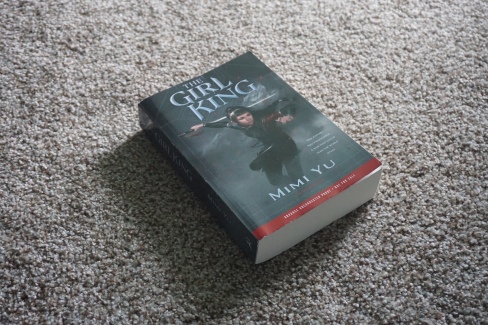 Sisters Lu and Min have always known their places as the princesses of the Empire of the First Flame: the eldest, assertive Lu, will be named her father’s heir and become the dynasty’s first female ruler, while timid Min will lead a quiet life in Lu’s shadow. Then their father names their male cousin Set the heir instead, throwing both girls’ lives into chaos. Determined to reclaim her birthright, Lu is forced to flee, leaving Min to face the volatile court alone. Lu crosses paths with Nokhai, the lone, unlikely survivor of the decimated Ashina, nomadic wolf shapeshifters. Nok never learned to shift–and he has no trust for the Empire that killed his family–but working with the princess might be the key to unlocking his true power. As Lu and Nok form a tenuous alliance, Min’s own hidden power awakens–a forbidden, deadly magic that could secure Set’s reign . . . or allow her to claim the throne herself. But there can only be one Emperor, and the sisters’ greatest enemy could very well turn out to be each other.

When I heard about this book, I knew I wanted to read it. It sounded like a fierce, female driven story. I couldn’t wait to immerse myself in this story, to see Lu fight for her throne, to see what Min’s story holds, and to get to know Nokhai more!

END_OF_DOCUMENT_TOKEN_TO_BE_REPLACED 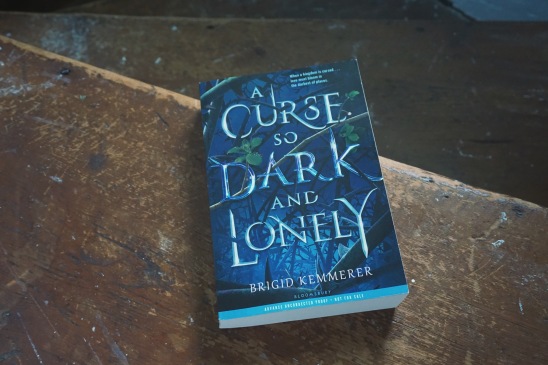 Fall in love, break the curse. It once seemed so easy to Prince Rhen, the heir to Emberfall. Cursed by a powerful enchantress to repeat the autumn of his eighteenth year over and over, he knew he could be saved if a girl fell for him. But that was before he learned that at the end of each autumn, he would turn into a vicious beast hell-bent on destruction. That was before he destroyed his castle, his family, and every last shred of hope. Nothing has ever been easy for Harper. With her father long gone, her mother dying, and her brother barely holding their family together while constantly underestimating her because of her cerebral palsy, she learned to be tough enough to survive. But when she tries to save someone else on the streets of Washington, DC, she’s instead somehow sucked into Rhen’s cursed world. Break the curse, save the kingdom. A prince? A monster? A curse? Harper doesn’t know where she is or what to believe. But as she spends time with Rhen in this enchanted land, she begins to understand what’s at stake. And as Rhen realizes Harper is not just another girl to charm, his hope comes flooding back. But powerful forces are standing against Emberfall . . . and it will take more than a broken curse to save Harper, Rhen, and his people from utter ruin.

I don’t know really how to start off but by saying this book made me all ajhs;dkrsgsldkg. It started off amazing, it continued to be amazing, and it ended amazingly. The whole books was just one solid block of awesomeness.

END_OF_DOCUMENT_TOKEN_TO_BE_REPLACED

Seventeen-year-old Keralie Corrington may seem harmless, but she’s, in fact, one of Quadara’s most skilled thieves and a liar. Varin, on the other hand, is an honest, upstanding citizen of Quadara’s most enlightened region, Eonia. He runs afoul of Keralie when she steals a package from him, putting his life in danger. When Varin attempts to retrieve the package, he and Keralie both find themselves entangled in a conspiracy that leaves all four of Quadara’s queens dead. With no other choices and on the run from Keralie’s former employer, the two decide to join forces, endeavoring to discover who has killed the queens and save their own lives in the process. When their reluctant partnership blooms into a tenuous romance, they must overcome their own dark secrets in hopes of a future together that seemed impossible just days before. But first they have to stay alive and untangle the secrets behind the nation’s four dead queens.

This is one of the most intricately woven stories I have ever read. It was hard in the beginning, when you start out with a single thread, to be immersed in the world. But as the the story progressed I became more intrigued and more eager to go on.

END_OF_DOCUMENT_TOKEN_TO_BE_REPLACED

Wow, sorry for that two week gap between recommendations. I completely forgot the first week and then I was at BookCon and I couldn’t throw together a post I was happy with. Nevertheless, I am back on schedule with a brand new recommendation from Rocky! This week he had decided to recommend Always Never Yours by the engaged couple Emily Wibberley, Austin Siegemund-Broka!

END_OF_DOCUMENT_TOKEN_TO_BE_REPLACED

Meet Daisy Winters. She’s an offbeat sixteen-year-old Floridian with mermaid-red hair; a part time job at a bootleg Walmart, and a perfect older sister who’s nearly engaged to the Crown Prince of Scotland. Daisy has no desire to live in the spotlight, but relentless tabloid attention forces her join Ellie at the relative seclusion of the castle across the pond. While the dashing young Miles has been appointed to teach Daisy the ropes of being regal, the prince’s roguish younger brother kicks up scandal wherever he goes, and tries his best to take Daisy along for the ride. The crown–and the intriguing Miles–might be trying to make Daisy into a lady . . . but Daisy may just rewrite the royal rulebook to suit herself.

For some reason this one wasn’t on my radar until the very last second. I loved Rachel Hawkins’s Hex Hall books, but the Rebel Belle ones came out during an awkward part of my life, so I never really got into those. Nevertheless, I was surprised I wasn’t looking forward to this one. When I finally came to my senses, it was close to the release date so I could jump right in!

END_OF_DOCUMENT_TOKEN_TO_BE_REPLACED

Seventeen-year-old Carter Lane has wanted to be a chef since she was old enough to ignore her mom’s warnings to stay away from the hot stove. And now she has the chance of a lifetime: a prestigious scholarship competition in Savannah, where students compete all summer in Chopped style challenges for a full-ride to one of the best culinary schools in the country. The only impossible challenge ingredient in her basket: Reid Yamada. After Reid, her cute but unbearably cocky opponent, goes out of his way to screw her over on day one, Carter vows revenge, and soon they’re involved in a full-fledged culinary war. Just as the tension between them reaches its boiling point, Carter and Reid are forced to work together if they want to win, and Carter begins to wonder if Reid’s constant presence in her brain is about more than rivalry. And if maybe her desire to smack his mouth doesn’t necessarily cancel out her desire to kiss it.

Thank you Edelweiss for the e-ARC!

I love watching cooking shows, but I find a lot of food gross. It’s a happy medium for me, being able to look at pretty food and not have to smell it or be pressured to eat it. So. I was thrilled when I heard about a book about cooking! I’ve actually never read or really seen one about cooking before, so I was looking forward to reading it.

END_OF_DOCUMENT_TOKEN_TO_BE_REPLACED

*This review will not contain spoilers.*

Nita doesn’t murder supernatural beings and sell their body parts on the internet—her mother does that. Nita just dissects the bodies after they’ve been “acquired.” Until her mom brings home a live specimen and Nita decides she wants out; dissecting a scared teenage boy is a step too far. But when she decides to save her mother’s victim, she ends up sold in his place—because Nita herself isn’t exactly “human.” She has the ability to alter her biology, a talent that is priceless on the black market. Now on the other side of the bars, if she wants to escape, Nita must ask herself if she’s willing to become the worst kind of monster.

Not Even Bones sounded dark. And I was instantly intrigued. It sounded like it would be a good, solid, and fleshed out story with enough horror elements thrown in there to make it interesting. I knew I wanted to give this one a shot and see what I thought of it. Morally gray stories are usually hit or miss with me.