Imprisoned by her dictator brother, Malini spends her days in isolation in the Hirana: an ancient temple that was once the source of the powerful, magical deathless waters — but is now little more than a decaying ruin. Priya is a maidservant, one among several who make the treacherous journey to the top of the Hirana every night to clean Malini’s chambers. She is happy to be an anonymous drudge, so long as it keeps anyone from guessing the dangerous secret she hides. But when Malini accidentally bears witness to Priya’s true nature, their destinies become irrevocably tangled. One is a vengeful princess seeking to depose her brother from his throne. The other is a priestess seeking to find her family. Together, they will change the fate of an empire.

I had seen this book around, and I knew it would be one that I would want to try eventually, but I wasn’t sure when that would be. But, I started seeing so much love for this book online, and the thought of a high fantasy featuring morally gray lesbians made this book one that I desperately wanted to read. Trigger warnings

END_OF_DOCUMENT_TOKEN_TO_BE_REPLACED 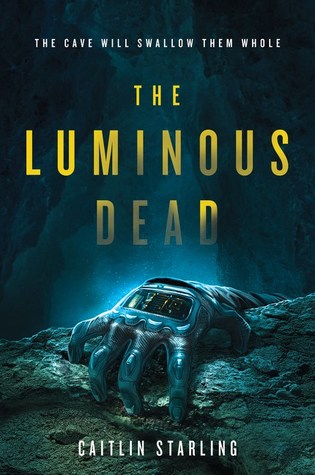 When Gyre Price lied her way into this expedition, she thought she’d be mapping mineral deposits, and that her biggest problems would be cave collapses and gear malfunctions. She also thought that the fat paycheck—enough to get her off-planet and on the trail of her mother—meant she’d get a skilled surface team, monitoring her suit and environment, keeping her safe. Keeping her sane. Instead, she got Em. Em sees nothing wrong with controlling Gyre’s body with drugs or withholding critical information to “ensure the smooth operation” of her expedition. Em knows all about Gyre’s falsified credentials, and has no qualms using them as a leash—and a lash. And Em has secrets, too . . . As Gyre descends, little inconsistencies—missing supplies, unexpected changes in the route, and, worst of all, shifts in Em’s motivations—drive her out of her depths. Lost and disoriented, Gyre finds her sense of control giving way to paranoia and anger. On her own in this mysterious, deadly place, surrounded by darkness and the unknown, Gyre must overcome more than just the dangerous terrain and the Tunneler which calls underground its home if she wants to make it out alive—she must confront the ghosts in her own head. But how come she can’t shake the feeling she’s being followed?

I really enjoy cave/underground horror stories. I usually watch movies like that, but I was willing to give a book a shot. It sounded really good and I’d heard good things about it! Plus, it sounded like it would have a queer romance, so that was even more incentive for me start it. Trigger warnings: parental death, death, parental abandonment, gore, claustrophobia

END_OF_DOCUMENT_TOKEN_TO_BE_REPLACED

Chloe Brown is a chronically ill computer geek with a goal, a plan, and a list. After almost—but not quite—dying, she’s come up with seven directives to help her “Get a Life”, and she’s already completed the first: finally moving out of her glamourous family’s mansion. The next items? Enjoy a drunken night out. Ride a motorcycle. Go camping. Have meaningless but thoroughly enjoyable sex. Travel the world with nothing but hand luggage. And… do something bad. But it’s not easy being bad, even when you’ve written step-by-step guidelines on how to do it correctly. What Chloe needs is a teacher, and she knows just the man for the job. Redford ‘Red’ Morgan is a handyman with tattoos, a motorcycle, and more sex appeal than ten-thousand Hollywood heartthrobs. He’s also an artist who paints at night and hides his work in the light of day, which Chloe knows because she spies on him occasionally. Just the teeniest, tiniest bit. But when she enlists Red in her mission to rebel, she learns things about him that no spy session could teach her. Like why he clearly resents Chloe’s wealthy background. And why he never shows his art to anyone. And what really lies beneath his rough exterior…

This is such a special book to me. Thank you so much to Avon for giving me the e-ARC, I’m so happy to have read it! I knew I wanted to read this book. I share a name with the main character, which is cool in of itself, but the Chloe is also plus sized, has chronic pain, and she gets cat. I’ve dealt with chronic pain, I’m plus sized, and I adore cats. It was so cool to see a main character that was like me in so many ways. Trigger warnings: aftermath of an abusive relationship, mentions of an abusive relationship (there is a warning in the beginning of the ARC I read and I assume it’s going to be in the final copy as well, which I appreciate so much)

END_OF_DOCUMENT_TOKEN_TO_BE_REPLACED 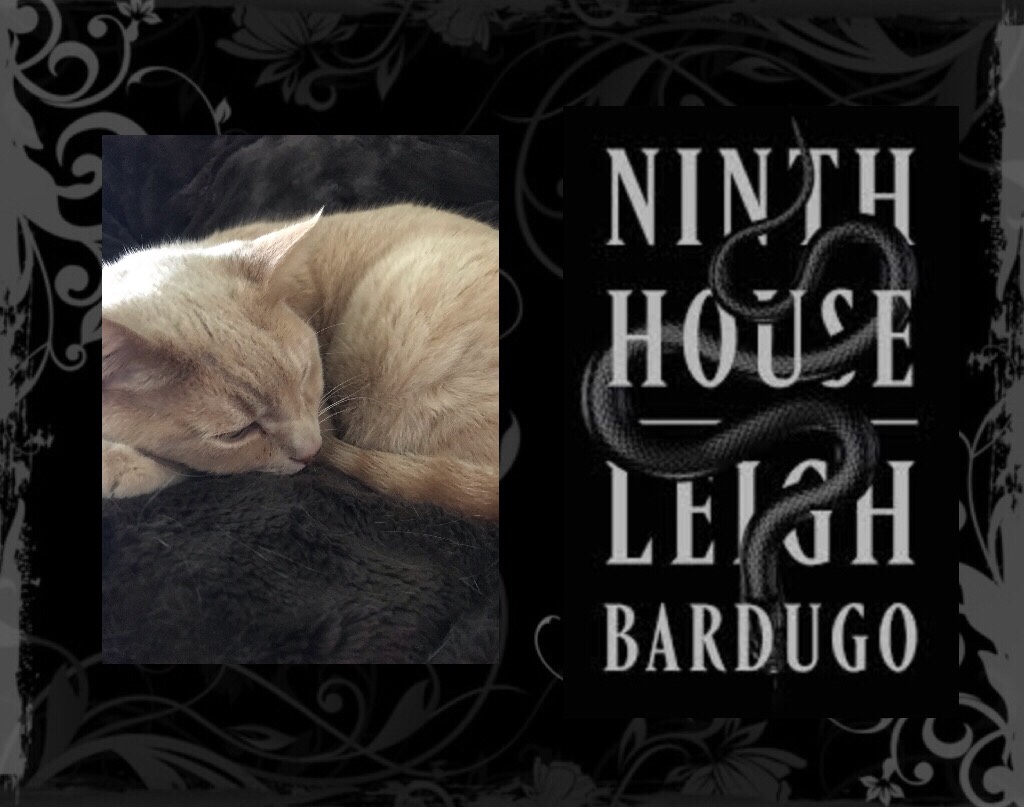 Welcome to Colsten Can’t Wait, which is my version of Waiting On Wednesday! Every week, we pick out an upcoming book that we’re looking forward to and highlight it! This week, we picked out Ninth House!

END_OF_DOCUMENT_TOKEN_TO_BE_REPLACED 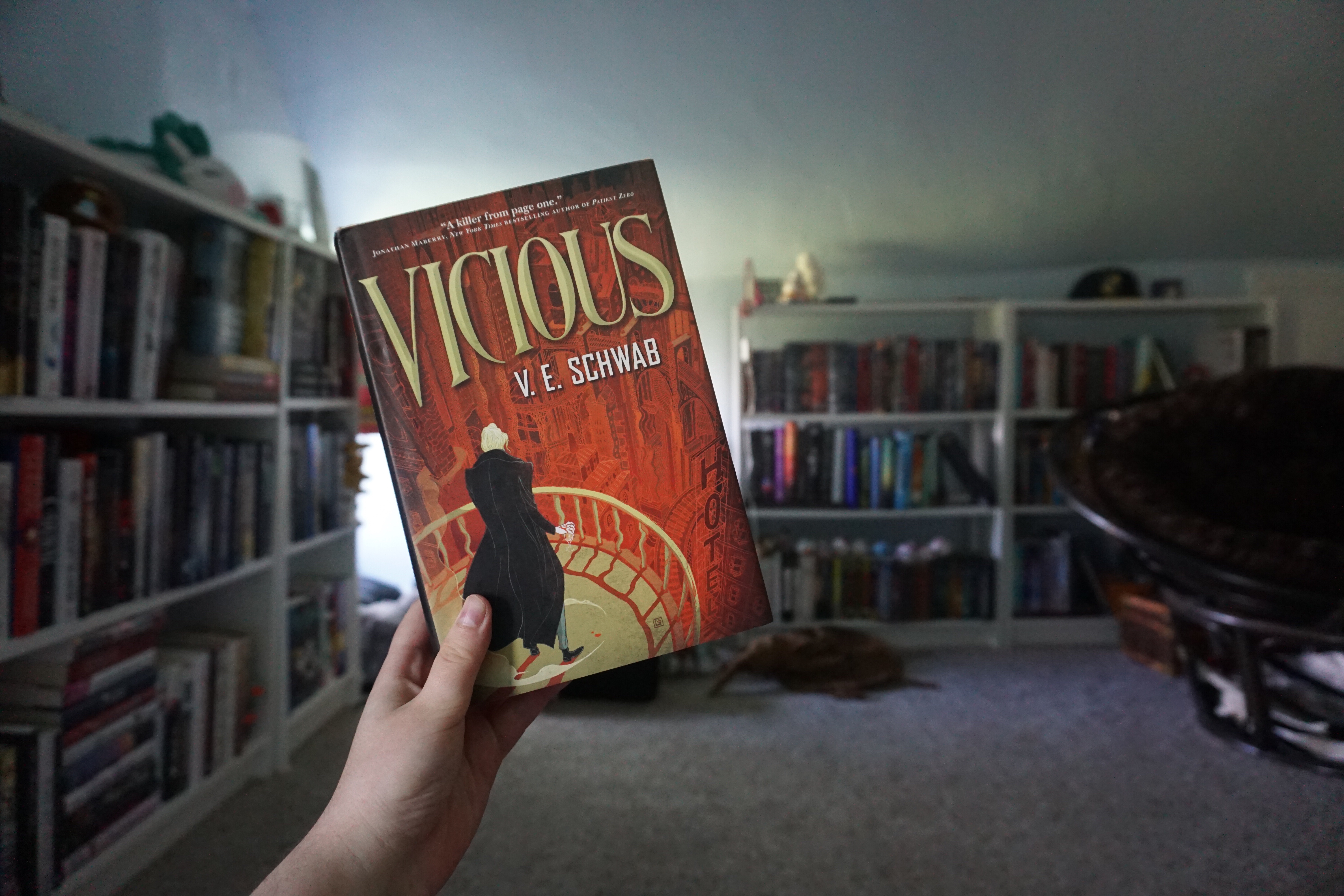 Victor and Eli started out as college roommates—brilliant, arrogant, lonely boys who recognized the same sharpness and ambition in each other. In their senior year, a shared research interest in adrenaline, near-death experiences, and seemingly supernatural events reveals an intriguing possibility: that under the right conditions, someone could develop extraordinary abilities. But when their thesis moves from the academic to the experimental, things go horribly wrong. Ten years later, Victor breaks out of prison, determined to catch up to his old friend (now foe), aided by a young girl whose reserved nature obscures a stunning ability. Meanwhile, Eli is on a mission to eradicate every other super-powered person that he can find—aside from his sidekick, an enigmatic woman with an unbreakable will. Armed with terrible power on both sides, driven by the memory of betrayal and loss, the archnemeses have set a course for revenge—but who will be left alive at the end?

I DID IT! I READ IT! Ah, I finally, finally, picked up a hyped book that I’ve been wanting to read for awhile. And I’m so glad I did. Vicious is, without out a doubt, amazing. The story was very different than anything I’ve ever read, which is why I think I found it a little odd. Not necessarily bad odd, just… different.

END_OF_DOCUMENT_TOKEN_TO_BE_REPLACED 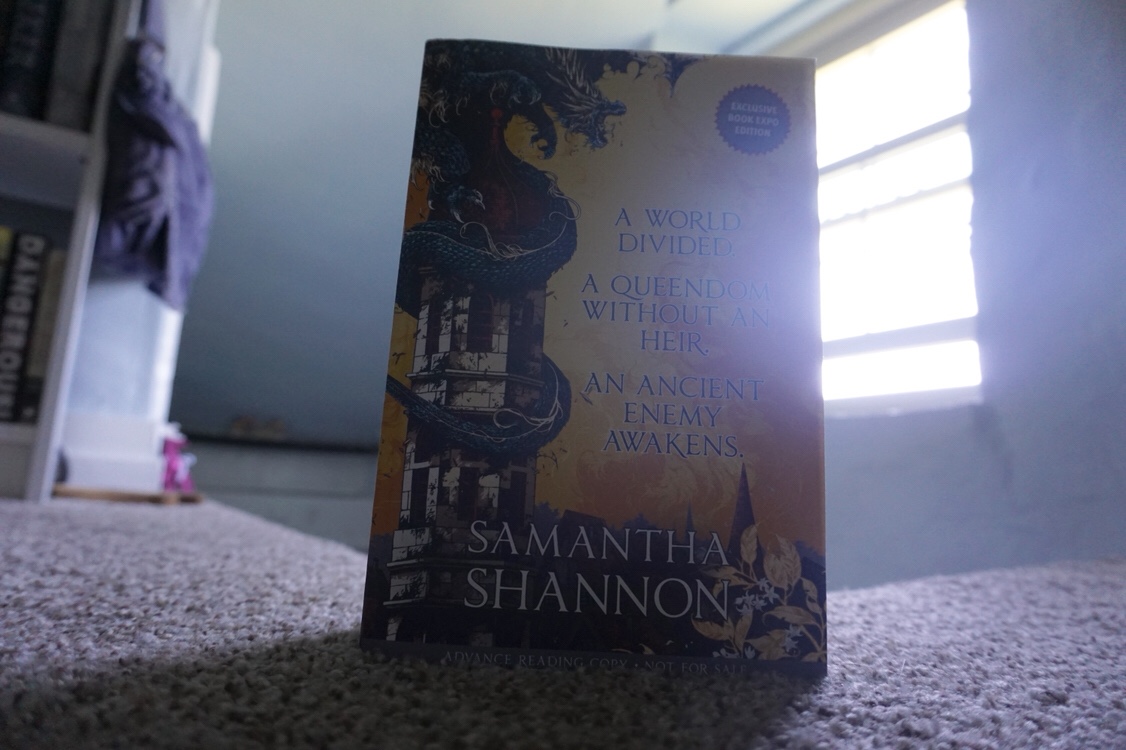 The House of Berethnet has ruled Inys for a thousand years. Still unwed, Queen Sabran the Ninth must conceive a daughter to protect her realm from destruction–but assassins are getting closer to her door. Ead Duryan is an outsider at court. Though she has risen to the position of lady-in-waiting, she is loyal to a hidden society of mages. Ead keeps a watchful eye on Sabran, secretly protecting her with forbidden magic. Across the dark sea, Tané has trained all her life to be a dragonrider, but is forced to make a choice that could see her life unravel. Meanwhile, the divided East and West refuse to parley, and forces of chaos are rising from their sleep.

I was hooked on this book when I heard it was about a Queendom and ancient enemies awakening. It’s said it be an epic high fantasy novel about dragons. And boy oh boy does that sound right up my alley.