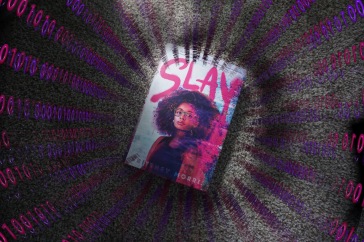 By day, seventeen-year-old Kiera Johnson is an honors student, a math tutor, and one of the only Black kids at Jefferson Academy. But at home, she joins hundreds of thousands of Black gamers who duel worldwide as Nubian personas in the secret multiplayer online role-playing card game, SLAY. No one knows Kiera is the game developer, not her friends, her family, not even her boyfriend, Malcolm, who believes video games are partially responsible for the “downfall of the Black man.” But when a teen in Kansas City is murdered over a dispute in the SLAY world, news of the game reaches mainstream media, and SLAY is labeled a racist, exclusionist, violent hub for thugs and criminals. Even worse, an anonymous troll infiltrates the game, threatening to sue Kiera for “anti-white discrimination.” Driven to save the only world in which she can be herself, Kiera must preserve her secret identity and harness what it means to be unapologetically Black in a world intimidated by Blackness. But can she protect her game without losing herself in the process?

I’ve been eager to read this book before it even came out. A Black teen creates an incredible multiplayer online role playing card game where other Black people can come together and express themselves. She keeps it a secret, thinking the people in her life won’t be supportive. But, a teenager is killed over a dispute in the game and the game is labeled racist and exclusionary. It sounded like it would be a powerful, amazing book, and I very much wanted to read it.

This is going to be a bit different than my normal reviews! Being white, I’m not qualified to talk about a lot of the aspects of this book. But, I do want to talk about this book cause I absolutely adore it. So instead, I’m going to give you 10 reasons why you should give Slay a try!

1. An incredible video game –  Oh gosh, I absolutely loved Slay (the game in this instance). Even just reading about it, it came completely alive and the beauty of it completely shone through. It’s intricate, incredibly developed, and it sounds really, really fun!

2. The main character, Kiera, is a 17 year old Black game developer – Kiera does struggle throughout this book, but she shines as well. Seeing her defend what she created, be apologetically herself, and be able to just be brilliant was amazing.

3. Sisters – I love love loved Kiera’s relationship with her younger sister. They get on each other’s nerves, as sisters tend to do, but they also support each other. I loved seeing how they were so different, but how they come together with the things they do have in common. They love and support each other, and their bond was just really great.

5. Brilliant storytelling – The main POV is Kiera, but there are also chapters here and there that feature other people who play Kiera’s game. It was brilliantly done. It showed what this game meant to all different types of people, from giving closeted teens a place to escape and be themselves to business men looking for a place to relax and have fun. It showed just how amazing and important this game is to Black people across the globe. It’s a community, a place where they can apologetically and safely themselves. Really, it was truly incredible.

7. Amazing writing – The writing of this book made me fly through it. It’s the kind of good that kind of makes your teeth hurt because of the anticipation of getting to the next word. Morris is extremely talented and knows how to work words.

8. The cover – I know you’re not supposed to judge a book by it’s cover, but LOOK at it. It’s stunning. And you’ll be able to look at it all you want if you get a copy yourself (no matter if you get it from the library, an e-book, or your own physical copy!).

And there you have it! 8 reasons why you should give Slay a try. I loved this book so, so much. It’s the kind of book that should be in schools and everybody should give a try. It’s that good.

You can add Slay on Goodreads and order a copy of your own! 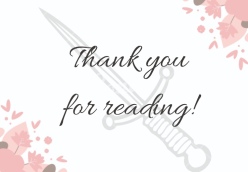