Two years ago, a misunderstanding between the leaders of Earth and the invading Ilori resulted in the deaths of one-third of the world’s population. Seventeen-year-old Janelle “Ellie” Baker survives in an Ilori-controlled center in New York City. Deemed dangerously volatile because of their initial reaction to the invasion, humanity’s emotional transgressions are now grounds for execution. All art, books and creative expression are illegal, but Ellie breaks the rules by keeping a secret library. When a book goes missing, Ellie is terrified that the Ilori will track it back to her and kill her. Born in a lab, M0Rr1S (Morris) was raised to be emotionless. When he finds Ellie’s illegal library, he’s duty-bound to deliver her for execution. The trouble is, he finds himself drawn to human music and in desperate need of more. They’re both breaking the rules for love of art—and Ellie inspires the same feelings in him that music does. Ellie’s—and humanity’s—fate rests in the hands of an alien she should fear. M0Rr1S has a lot of secrets, but also a potential solution—thousands of miles away. The two embark on a wild and dangerous road trip with a bag of books and their favorite albums, all the while making a story and a song of their own that just might save them both.

I wasn’t sure of this book at first. Books about books or music usually don’t mesh well with me. I’m not sure why, it’s weird. The cover drew me in, so it was on my radar somewhat. Though, I started hearing all kind of love about it online, so I thought I would give it more of a shot. Plus, an alien and a girl going on a dangerous road trip to try and save the world sounds incredibly intriguing. Trigger warnings: colonization, violence, execution, oppression, brainwashing and mind control, anxiety, panic attacks

This book is a love letter to humanity, to books and music, and to love in general. It just feels special.

I know I said that books that feature books and music usually don’t mesh well with me. This book is the exception to that rule. I found myself drawn to the stories that Ellie loves (probably because so many of them are literally books I’ve read and loved haha) and the music that Morris cherishes. I got what they meant to each of them. It was an expression of emotion, which means something different to both of them. It was a way to connect; a way to express freedom.

While Morris and Ellie are trying to save Earth, this book doesn’t shy away from the problems Earth had before the aliens came; poor leadership, racism, violence, destruction of the planet. Ellie grapples with her feelings about all of them, tries to understand her feelings about all of them. Morris also goes through this, though in a different way. This book is about both of their inner journey, of what they want to do to save humanity, and what humanity means to them.

The MC, Ellie, is fat and Black. She’s also queer and has anxiety and uses coping mechanisms that I recognized! It was also really cool how this book discussed medications in the face of the end of the world. Ellie runs out of the medication she was taking before the aliens came and she has to learn to function without them.

There were also so many casually nonbinary characters, casually queer characters, and conversations about consent. It was great.

This book would make such a fantastic TV show if it was done right. The casual air it has to it, the soundtrack that would pull everybody in, the sci-fi aspects that would keep everybody intrigued, and seeing Ellie and Morris’s blossoming friendship. It would be AMAZING. They would have to be sure not to make it too cheesy, but there’s something special at the heart of this book the spreads throughout all the pages. It could be huge and I know it would touch so many people.

Really, I urge you to give this book a try. It has this emotion to it that just seeps into you. It’s about a girl who finds love and freedom in books in a world taken over by aliens. Its about a boy who wants to do his part and finds happiness in music and emotion. It’s about both of them learning about humanity and what they can do to save it. It’s truly a wonderful book.

You can add The Sound Of Stars on Goodreads and order a copy of your own! 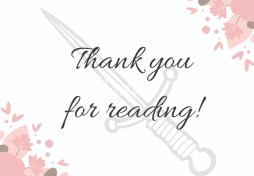 One thought on “The Sound Of Stars by Alechia Dow”