“The Unity Project saved my life.” Lo Denham is used to being on her own. After her parents died, Lo’s sister, Bea, joined The Unity Project, leaving Lo in the care of their great aunt. Thanks to its extensive charitable work and community outreach, The Unity Project has won the hearts and minds of most in the Upstate New York region, but Lo knows there’s more to the group than meets the eye. She’s spent the last six years of her life trying–and failing–to prove it. “The Unity Project murdered my son.” When a man shows up at the magazine Lo works for claiming The Unity Project killed his son, Lo sees the perfect opportunity to expose the group and reunite with Bea once and for all. When her investigation puts her in the direct path of its charismatic and mysterious leader, Lev Warren, he proposes a deal: if she can prove the worst of her suspicions about The Unity Project, she may expose them. If she can’t, she must finally leave them alone. But as Lo delves deeper into The Project, the lives of its members, and spends more time with Lev, it upends everything she thought she knew about her sister, herself, cults, and the world around her–to the point she can no longer tell what’s real or true. Lo never thought she could afford to believe in Lev Warren . . . but now she doesn’t know if she can afford not to. Welcome to The Unity Project.

This was my first ever Courtney Summers book. I’ve seen so much talk about her online, about how her books destroy you in the best way possible. While I like being destroyed sometimes, I have to be in the right mindset to read books like that. I had a hard time getting through the little bit I read of Sadie because of how heavy it was. I was so fascinated by the premise of this book, a cult and sisters, but I was wary of how heavy it might me. Nevertheless, I decided to charge ahead and see what this book would hold. Trigger warnings: cults, abuse

First off, I want to mention the writing. DANG, does Summers know how to write. I feels like you’re being pulled into something, something you’re not quite sure of yet, but being pulled nonetheless. Really, the best way to describe it is pure talent on the page. It’s strong and it’s inviting and it does everything it’s trying to accomplish brilliantly.

Alright, let me try to move on to the actual content of the book. I feel like this is gonna be a short review, not because of anything that this book did wrong, simply because it doesn’t need a lot of words to explain it. It is. It speaks for itself. It shows for itself . It horrifies for itself. But, I’m gonna try and sing it’s praises as best I can.

This book is terrifying. It’s about being pulled into a cult, of course that’s something that’s terrifying. But what this book does best is that it’s terror comes wrapped in a gift of comfort and acceptance. It’s horror is so deeply buried underneath the surface that it’s easy to fall for the pretty words on top. It allows a place for fear and anger to be safely put, but the consequences aren’t revealed until it’s too late.

Everything about this book seemed so carefully place. Every word had a job to do and it did it well. This leads down a path of discovery and pretty lies and ugly truths.

I’m trying so hard to keep this spoiler free! So much of what I want to talk about it wrapped up in key plot points of the book. But, I feel like going in knowing without a ton of knowledge about the book is the way to do it. I don’t want to ruin the experience for anyone.

I was really happy that we got Bea’s POV as well as Lo’s. They played off each other so well. They reflected each other in their opposites and that made the book all the stronger.

The Project comes out February 2nd, 2021! You can add it on Goodreads and pre-order a copy in the meantime! 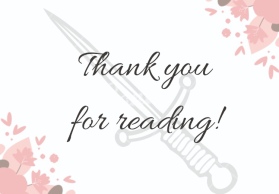 2 thoughts on “The Project by Courtney Summers”