The year is 1926, and Shanghai hums to the tune of debauchery. A blood feud between two gangs runs the streets red, leaving the city helpless in the grip of chaos. At the heart of it all is eighteen-year-old Juliette Cai, a former flapper who has returned to assume her role as the proud heir of the Scarlet Gang—a network of criminals far above the law. Their only rivals in power are the White Flowers, who have fought the Scarlets for generations. And behind every move is their heir, Roma Montagov, Juliette’s first love…and first betrayal. But when gangsters on both sides show signs of instability culminating in clawing their own throats out, the people start to whisper. Of a contagion, a madness. Of a monster in the shadows. As the deaths stack up, Juliette and Roma must set their guns—and grudges—aside and work together, for if they can’t stop this mayhem, then there will be no city left for either to rule.

I have a confession to make. I don’t think I’ve read Romeo & Juliet all the way through. I’m not sure if I’ve ever even seen a movie adaptation. I know the basics, but I’m pretty sure that’s it. (Don’t tell Chloe, I’m sure she would find me.) So, of course I wanted to read this Romeo & Juliet retelling! I knew it was set in Shanghai and I knew there would be knives and gangs. That was basically all I needed to be ready to jump into this book head first. Trigger warnings: blood, violence, gore, character deaths, explicit description of gouging self (not of their own volition), murder, weapon use, insects, alcohol consumption, parental abuse

This is the kind of book where I sort of just want to open my mouth and let the words expressing my love tumble out with abandon. But I also kind of want to organize them, try to put them in a order that does this book justice, because yes, I loved this book a whole lot. So, this will probably be a lot of me just word vomiting, but also trying to configure sentences that can express how good this book is.

Alright, I guess I’m starting off with characters and I guess we’re starting off with screaming. I LOVED EVERY SINGLE ONE SO MUCH. I loved Marshall, I love Juliette, I love Roma, I loved Benedikt, I loved Kathleen, I loved Alisa, I loved Rosalind, I loved them all so much. Each of them had so much to love about them. Juliette was fire hardened to rock, a spark away from pulling a knife on anybody. Roma was full of pain, but has such a sweet and caring heart. Benedikt was quiet and reserved, with his own problems carefully tucked away. Marshall was hilarious and basically a giant dork. Alisa doesn’t have a super huge role, but I still loved the stealthy little 12 year old. Kathleen is awesome. And she’s TRANS. She’s trans and she’s there and she’s just being awesome. It was so wonderful to see. Rosalind is bitter (I think there’s still so much to her character that hasn’t been revealed yet), but she also has this strong loyalty to her.

And these characters have some of the best relationships. Roma and Juliette have history and their history is rough. They hate each other, but they also yearn for each other. And they hate that they yearn for each other. And since Gong is spectacular at writing pain, their relationship was one of flint seconds away from being struck. Benedikt and Marshall are also two dorks who are amazing at being dorks together. Seriously, I completely fell for them. There’s also amazing friendships and familial relationships and complicated relationships across gang lines. Not only were the characters amazing, they way they interacted made every single one of them so much better.

Going into this, I wasn’t expecting a mystery. I’m not sure why. But, I feel like it worked my favor. I was so distracted by the characters and gang conflicts and the dangerous beauty of Shanghai, that when things were revealed I could only grasp my hair with stress. All this to say, this book so many interweaving plots from rival gangs trying to one up each other, to madness that makes people rip out their own throats, to monsters lurking in the river. And each and every single one got the time and attention it needed to make it feel fleshed out and developed. Not a single one felt like it was left hanging or more could have been done to it. It truly was masterfully done.

Also, the writing was spectacular. It was bright and flowy and just made everything come alive that made everything in the book seem like it belonged exactly where it was. It gave the book the feel of knives flung into walls and seeping redness. Plus, there were some truly magnificent lines throughout.

This is random but I’m inserting it here anyway. THE COVER HAS SO MUCH MORE MEANING AFTER READING IT AHHH.

I truly loved everything about this books. I loved the moments filled with sharp knives and tilted chins, the sweeping writing that left me breathless, and the plots that shocked me to jaw drops and stressed hair grasping, the two gangs at each other throats, two dorks dancing around their feelings, two other dorks dancing around their feelings but with more pain, monsters lurking in surprising depths, madness rushing through streets, and so many insects. Truly, I loved this book.

These Violent Delights comes out November 17, 2020! You can add it on Goodreads and pre-order a copy in the meantime! 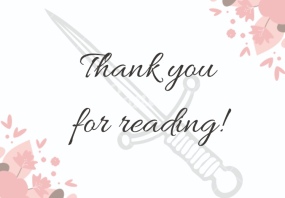 5 thoughts on “These Violent Delights by Chloe Gong”