Last year, I had the honor of interviewing Abigail de Niverville about her debut, I Knew Him. It was a great experience and I loved having her on my blog! So, when she reached out to me about doing another interview for her upcoming book, We Go Together, I was thrilled! Plus, this book features beaches, tough friendships, and music. It was just as fun to interview Abigail this time around as the last time, and her new book sounds just as good! 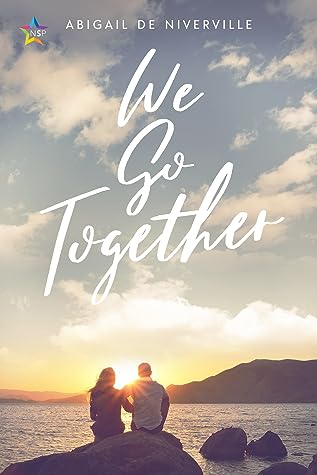 The beaches of Grand-Barachois had been Kat’s summer home for years. There, she created her own world with her “summer friends,” full of possibilities and free from expectation. But one summer, everything changed, and she ran from the life she’d created. Now seventeen and on the brink of attending college, Kat is full of regret. She’s broken a friendship beyond repair, and she’s dated possibly the worst person in the world. Six months after their break-up, he still haunts her nightmares. Confused and scared, she returns to Grand-Barachois to sort out her feelings. When she arrives, everything is different yet familiar. Some of her friends are right where she left them, while some are nowhere to be found. There are so many things they never got to do, so many words left unsaid. And then there’s Tristan. He wasn’t supposed to be there. He was just a guy from Kat’s youth orchestra days. When the two meet again, they become fast friends. Tristan has a few ideas to make this summer the best one yet. Together, they build a master list of all the things Kat and her friends wanted to do but never could. It’s finally time to live their wildest childhood dreams. But the past won’t let Kat go. And while this may be a summer to remember, there’s so much she wants to forget.

Your main character, Kat, is on the brink of going to college. What drew you to writing a story about this time of change?

It’s such an interesting window in someone’s life! The time between high school graduation and college, especially if you’re attending classes in the fall, is full of excitement, nervousness, and expectation. Personally, I remember I had all kinds of plans I wanted to realize before my friends and I went our separate ways, while also wanting to change aspects of myself before it came time to go back to school. It’s the opportunity for a reset, but whether or not that can realistically occur is a whole other thing. I was really drawn to capturing that moment in someone’s life, and all the hopes and fears that come along with it.

We Go Together also features a broken friendship, which can be incredibly hard to deal with. What was your strategy in fleshing out the complicated emotions that come with complicated friendships?

This is an interesting question to me, because this aspect of the story came quite late into the drafting process. I was writing a scene, and struggling a lot with moving the story forward. I added a throwaway line about this girl, Reagan, and how she and Kat used to be best friends. Then, it hit me that this could be a really important aspect of Kat’s story. I had to approach it backwards a little. What happened between them that broke their bond? Once I had that figured out, I looked more into how Kat felt about it, and how Reagan’s absence influenced her life moving forward. So, much like in real life, I wrote a lot of back and forth thinking. Kat is constantly remembering the past, to focusing on her present circumstances regarding Reagan, to going back to the past.

Along with being an author, you’re also a composer! Did you weave music in this story? Does it play a significant role in any of your character’s lives?

Music is a really important aspect of this book! Kat is a musician and she used to be in a youth orchestra. Her love for music and her need for it as a comfort tool are really at the core of her being, and there’s lots of retro songs that get referenced in the text. She’s also a songwriter, and used to find writing songs therapeutic and easy. But since the breakup she experiences, she has had a really tough time even beginning a song. Did her ex take her love for music out of her? Kat spends the book trying to write her first song in months. In order to write those scenes, I realized I needed to write her song first, and as a composer it was a really fun exercise to write a song from a perspective other than my own.

We Go Together is your second YA novel! What was different about writing this book in contrast to your first? Was it harder? Easier? The same?

One thing I found a lot easier was the more mechanical aspect of writing. I learned so much going through the editing process of my first novel, I was able to eliminate a lot of the repeated issues I had had previously. But, there was a lot about it that was harder! My first novel, I Knew Him, took years to get to the stage it’s now in. I knew I couldn’t take that long again. So, in some ways, I had to relearn how to write a novel to begin with. I had to take new approaches that I hadn’t done with my first, like writing an outline. Basically, I had to create a blueprint to my process that I could potentially replicate for the future. I think I achieved that, but it took a lot of false starts to get there.

Are there any new stories on the horizons that you’re excited about? Anything that you can share?

I have a couple drafts I’m really excited about! For one, the first draft completed, and the other is nearly there. They’re both YA contemporaries and are both a little lighter tone-wise than We Go Together or even I Knew Him, and that’s been really refreshing, too. I’m hoping others will have a chance to read them in the near(ish) future! 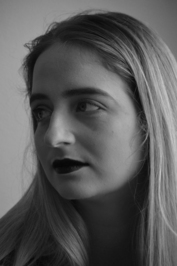 Abigail de Niverville is an author, poet, and composer based in Toronto. Originally from the East Coast of Canada, she often is inspired by her hometown. She holds an M.Mus from the University of Toronto.

Thank you so much to Abigail for being a guest on my blog once again! I had a great time interviewing her and I hope you’ll check out We Go Together when it comes out August 10th (so soon!)! It sounds like it will be an emotional and stellar book!