*Spoiler free, but spoilers for the previous two books*

Only days after a corrupt election and brutal street war, one last bloodthirsty game has begun. The players? The twenty-two most powerful, notorious people in New Reynes. After realizing they have no choice but to play, Enne Scordata and Levi Glaisyer are desperate to forge new alliances and bargain for their safety. But while Levi offers false smiles and an even falser peace to the city’s politicians, Enne must face a world where her true Mizer identity has been revealed…and any misstep could turn deadly. Meanwhile, a far more dangerous opponent has appeared on the board, one plucked right from the most gruesome legends of New Reynes. As the game takes its final, vicious turn, Levi and Enne must decide once and for all whether to be partners or enemies. Because in a game for survival, there are only losers…

I haven’t written a review for the last book in a trilogy for a long time. But I’m writing one for Queen Of Volts, a series I have loved since the first book. I don’t think it’s any secret the kind of love I hold for this series. I have screamed about Ace Of Shades and I have screamed about King Of Fools. And now I’m here to scream about Queen Of Volts. Trigger warnings: extreme violence, death, grief, attempted suicide/suicidal ideation, PTSD, toxic and abusive relationships (particularly regarding a parent and a romantic partner), addiction, emetophobia

Where do I start? I should probably start with the fact that I probably should have read a recap before I jumped into this book haha. I had a bit of trouble figuring out who everyone was and where everybody fit in. But, I managed to get antiquated pretty fast!

Speaking of fast, this book does not wait to pull any punches. It starts with a grave. The end of the first chapter basically sent me into spiral of tears because AMANDA ACTUALLY DID IT. This book jumps right into the heartbreak and it doesn’t let up the entire time.

The way this book handles pain, emotional turmoil, and trauma is brilliant. It’s a bit hard to explain because it’s so tied up in the plot and I don’t want to spoil anything But I will say that it is incredibly well done. Pain is felt so acutely. Bad decisions are made because emotions run high. Relationships fracture because certain actions are taken. It felt so authentic. Yes, this is exactly what Enne would be thinking. Yes, this makes complete sense that Lola would do this. Plus, it also felt like emotions were handled in such a healthy way? They were addressed, talked about, looked at, and describe so fully. They were never hidden from or disguised as something they weren’t. Sometimes they turned ugly, but that’s alright because emotions can get messy. I dunno, I could go on and on about how each character had such a brilliant emotional journey, but I’d be here for 10,000 words. I just felt like each character’s emotional journey was fantastic. And there’s a lot of characters, which makes this even more brilliant!

This book did something really neat, in that it completely flipped how I saw the rest of the series. It turned everything up on its head. I thought I knew what happened during the first book, but wow were secrets and plans brewing even then. Unveilings happen throughout this book that make this whole story, this whole trilogy, into something different. And it didn’t feel sloppy or underdeveloped. It was amazing to see the things that were at play during the first book that I wasn’t aware of.

I want to talk about the character’s but I’m not sure how to keep those thoughts in a reasonable word count. I love Enne. I love Levi. I love Tock. I love Lola. I love Harvey. I love all the cats. I love Grace. I love Roy. Each of them are so special and each of them got their own story, even if they didn’t get a POV. I just love them all so, so much.

In the same vein as that, Foody knows how to WRITE. It’s amazing to see how the writing has evolved since Ace Of Shades. She was a good writer then, and she’s an absolutely brilliant writer now. There were lines that just struck me with their brilliance and lines that took my breath away. The City Of Sin came alive and so did all its dirty secrets.

Really, I love singing the praises of this series. It’s twisty, it’s smart, it’s full of gangsters and lies, it rips your heart out and shocks you with it’s brilliant lines. It ended on such a good note. This conclusion was an amazing one and I truly, truly love this series.

Queen Of Volts comes out September 1, 2020! You can add it on Goodreads and pre-order a copy in the meantime! 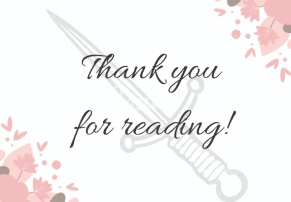 3 thoughts on “Queen Of Volts by Amanda Foody”