After their world-famous mother disappeared under mysterious circumstances, Manon and Thais left their remote Mediterranean home—sent away by their pharma tech tycoon father. Opposites in every way, the sisters drifted apart in their grief. Yet their mother’s unfinished story still haunts them both, and they can’t put to rest the possibility that she is still alive. Lured home a decade later, Manon and Thais discover their mother’s legendary last work, long thought lost: White Fox, a screenplay filled with enigmatic metaphors. The clues in this dark fairytale draw them deep into society’s surreal underbelly, into the twisted secrets hidden by their glittering family, to reveal the truth about their mother—and themselves.

After the whirlwind that was The Tenth Girl, I was beyond eager to read Sara Faring’s new book, White Fox. Two sisters find the lost script of their missing mother. A house that’s strange and holds many secrets. It’s Sara Faring: I was ready to get my mind warped once again.

First off, Faring knows how to WRITE. I had trouble getting into The Tenth Girl and I had the same problem here. Her books read like the classics. I know that means she’s incredibly talented and that’s probably a huge compliment coming from anybody but me haha. I am, not a fan of classics. Anyway, I think just before the halfway point, I started easing into the writing style and things really picked up for me. That’s WAY sooner than The Tenth Girl, so I’m taking it as a huge win!

Plus, her writing just creates this feel. This feel that makes the book seem like more than words on a page. I feel like the feeling this book evokes IS the book. I know that’s kind of weird, but this feeling has stuck with me since I’ve finished it. It’s the way this book blew my mind this time. It’s the way my brain keeps coming back to it over and over again. Her writing just has this beauty to it, the way she describes things and strings words together, it seems to create something new and unexplored. In short, Faring is incredibly talented and dang does she know how to write.

This book didn’t have the twist that The Tenth Girl did. While I was a bit disappointed, this book had so much more to it too. It got under my skin.

I’m trying to figure out what I can say and what I should keep hidden to make sure spoilers are kept to a minimum. Really, this book is earthy. It’s dirt getting underneath your fingernails, it’s planets growing when and where they shouldn’t, it two sisters trying to find out where their mother went. It’s a mother trying to make sense of the world around her.

This book doesn’t rely on one big twist to knock you off your sit. This book applies little disturbances, little horrifying bits, to create an air of uncomfortableness, to throw you off your guard. It’s brilliantly done. There were parts where weird, strange things would happen and it would make me feel uncomfortable, but in a way where I wanted to keep reading and I wanted to know why these things were happening.

The level of emotion in this book was brilliant. Noni has anxiety and she describes it as fizzing pennies, which I thought was such a great anaolgy. Tai has a hard time coping with her mom’s disappearance and delves into the digital world to try and cope. The sister’s struggle with their relationship, with all their relationships really, but it’s these twining lines that really help pull the book together. Feelings seem to just pour out of this book, in a way that just packs this book with emotion.

Also, THE TENTH GIRL EASTER EGGS. There were multiple and I wanted to scream at every single one; so clever and so cool!

The fact of the matter is, I will read anything that Sara Faring writes. This book might’ve been different than her debut, but it was no less incredible. If you’re looking for something with small bits of uncomfortable, strange things, sisters struggling with themselves, each other, and the outside world, and a lost woman along with a lost script, then this is definitely the book for. Get ready to be immersed in something earthy and something that seeps with emotion.

White Fox comes out September 22, 2020! You can add it on Goodreads and pre-order a copy in the meantime! 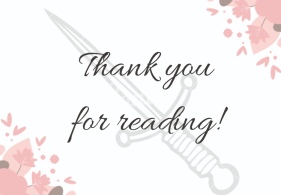