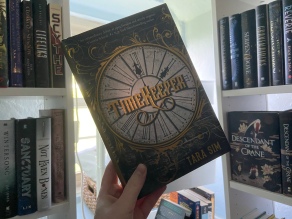 An alternate Victorian world controlled by clock towers, where a damaged clock can fracture time—and a destroyed one can stop it completely. A prodigy mechanic who can repair not only clockwork but time itself, determined to rescue his father from a Stopped town. A series of mysterious bombings that could jeopardize all of England. A boy who would give anything to relive his past, and one who would give anything to live at all. A romance that will shake the very foundations of time.

I’ve had this book on my shelf for awhile and on my “I really want to try this” list for even longer. My friend (hi Mo!), raves about it, so that was enough for me to be interested. But I also heard it’s queer. And it’s about clocks. And it’s about an alternate Victorian world where the world is controlled by clocks. Really, it sounded like something I would be interested, despite not reading a ton of books in this realm. I was eager to give it a try!

I really, really hate saying that I don’t think I loved this book. But, I don’t I hated it either. It was still enjoyable to read and I did like a lot of things about it. There weren’t even many things I was turned off by, I just think this book wasn’t for me.

I think I was expecting for this book to be more fantasy, but it was more steampunk and historical fiction. So, the book was less faced paced than I thought it was. That’s not a a bad thing, I think I just wanted something more. It’s quieter, more figuring out a mystery and following clues, then high stakes quests.

That said, this world is pretty neat. I loved, loved how time was woven into the story and I loved what Sim created with it. Clocks and time are fascinating are their own, but this takes it a step further. Time can Stop, and the people living somewhere Stopped will be stuck there, never aging. There are mechanics who keep clock towers running, so time can keep running smoothly. It’s all so fascinating. Though, I did feel like this world’s secrets were relatively close to the surface. It felt like some of the lore was figured out pretty easily and I didn’t quite get where some things fit into the bigger picture.

Also, I loved how even the design played into the concept of time. To show time stopping or catching or generally not running normally, the woods would be faded or run backwards or be arranged in certain ways on the page. It’s SUCH a smart idea and it added so much to the overall effect. It made me feel like like the world was actually tilting or I was actually doing tasks over and over again because of time snags.

This book is really character driven and I honestly loved all of them. I’m going to start off by saying how much I love Colton. He’s so pure? Like, he literally glows. He’s golden. I also really loved Danny. He and Colton are basically two dorks trying to figure things out and they’re both so sweet. Cassie was a fantastic best friend and I loved how complicated Danny’s relationship was with his mom.

In the end, this book was interesting. It wasn’t what I expected, but I still enjoyed it. I felt like things could have been deeper here and there, but I also loved how the world worked. The characters were fantastic, even if I didn’t fully connect with some of their relationships. Overall, this is a very solid book. If you love steampunk and clocks, then this is the one for you!

You can add Timekeeper on Goodreads and order a copy of your own! 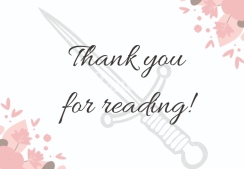 3 thoughts on “Timekeeper by Tara Sim”