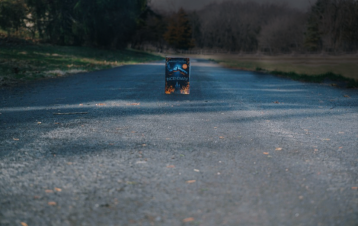 Renata Convida was only a child when she was kidnapped by the King’s Justice and brought to the luxurious palace of Andalucia. As a Robari, the rarest and most feared of the magical Moria, Renata’s ability to steal memories from royal enemies enabled the King’s Wrath, a siege that resulted in the deaths of thousands of her own people. Now Renata is one of the Whispers, rebel spies working against the crown and helping the remaining Moria escape the kingdom bent on their destruction. The Whispers may have rescued Renata from the palace years ago, but she cannot escape their mistrust and hatred–or the overpowering memories of the hundreds of souls she turned “hollow” during her time in the palace. When Dez, the commander of her unit, is taken captive by the notorious Sangrado Prince, Renata will do anything to save the boy whose love makes her place among the Whispers bearable. But a disastrous rescue attempt means Renata must return to the palace under cover and complete Dez’s top secret mission. Can Renata convince her former captors that she remains loyal, even as she burns for vengeance against the brutal, enigmatic prince? Her life and the fate of the Moria depend on it. But returning to the palace stirs childhood memories long locked away. As Renata grows more deeply embedded in the politics of the royal court, she uncovers a secret in her past that could change the entire fate of the kingdom–and end the war that has cost her everything.

I had seen a lot of hype for this book online, and I have to admit, it looked good. Plus, the cover is nothing short of gorgeous. I don’t know why, but I didn’t have the overwhelming urge to read it. The synopsis didn’t make it sound like something I would be drawn to, but something I would like to try eventually. Eventually came a lot sooner than I thought, and I ended up wanting to give it a shot! Trigger warnings: blood, grief, torture

We’re going to start off with characters, because they are wonderful. Renata, heartbroken, lonely, hurt, stubborn, serious, and someone who I fell in love with. She was an absolutely wonderful main character. She’s the kind of person I want to whisper about because she shines so brightly. Plus, her journey, both physical and emotional, are things to behold. She changes to thoroughly, and the way it is written is so well done, that even through all the pain and suffering, you can’t help admire what’s happening.

And the romantic relationship she has. Romantic relationships that start before the beginning of the book are very shaky ground for me. I either fall completely in love with them, or I hate them. I loved this one. It was the kind where the already formed bond and emotions heightened everything and made me fall in love with them even faster. It also made it that much easier to rip my heart out and stomp on it. I WANT TO SCREAM ABOUT THIS BUT I CAN’T BECAUSE SPOILERS. I am going to talk about this one scene. It’s the scene that finally made the tears came for me. It’s one that is so beautifully written, one that is so heart wrenching, it’s a true piece of art. It’s a scene that touched me and one that I absolutely adored.

Alright, on to all the other characters! They were all amazing! Even the ones who are awful and terrible, and even the ones that make bad decisions sometimes because of the complicated world they live in. They all had their own story. They all had their own history. Some of them were soft and aching to help, while others were hard and unforgiving. Then there were the characters that were true shockers.

And that leads us into the plot twists. I had an inkling of a guess about some of them, but there were times I thought that was way too out there. Those are the best kind and this book has multiple of them. These twists were so ingrained in the story and so well thought out. There is always something to be uncovered. And to uncover something is to fight for it tooth and nail.

On a random note, there was a scene I was waiting for that didn’t happen in this book, but I wanted it so bad. I kept hoping throughout the entire book. But still, the ending delivered. It’s mixture of pain and happiness and hope and guilt and so many feelings. But it wraps up the book so well.

This book managed to set so many things up, execute some of them, set more things up for the rest of the series, and still make me fall completely in love with everything. It’s a book set in a world heads of so called traitors are put on spikes outside the city. It’s a world where certain metal helps enhance certain magics. It’s a world where characters carry tremendous amounts of guilt and pain. It’s also a world where people are willing to fight for what they want. I loved this book so much, and I urge to check it out and bask in it’s glory!

Incendiary comes out April 28, 2020! You can add it on Goodreads and pre-order a copy in the meantime!

2 thoughts on “Incendiary by Zoraida Córdova”