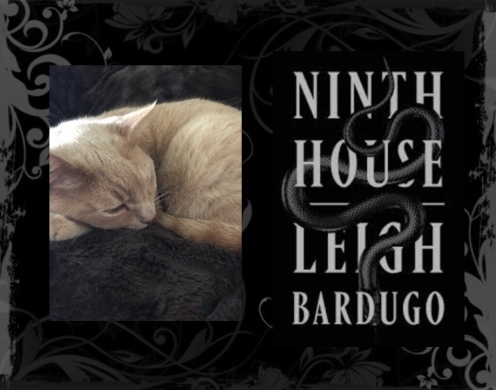 Welcome to Colsten Can’t Wait, which is my version of Waiting On Wednesday! Every week, we pick out an upcoming book that we’re looking forward to and highlight it! This week, we picked out Ninth House!

Galaxy “Alex” Stern is the most unlikely member of Yale’s freshman class. Raised in the Los Angeles hinterlands by a hippie mom, Alex dropped out of school early and into a world of shady drug dealer boyfriends, dead-end jobs, and much, much worse. By age twenty, in fact, she is the sole survivor of a horrific, unsolved multiple homicide. Some might say she’s thrown her life away. But at her hospital bed, Alex is offered a second chance: to attend one of the world’s most elite universities on a full ride. What’s the catch, and why her? Still searching for answers to this herself, Alex arrives in New Haven tasked by her mysterious benefactors with monitoring the activities of Yale’s secret societies. These eight windowless “tombs” are well-known to be haunts of the future rich and powerful, from high-ranking politicos to Wall Street and Hollywood’s biggest players. But their occult activities are revealed to be more sinister and more extraordinary than any paranoid imagination might conceive.

It was just a matter of time until we picked out a book with the snake on the cover. (Context: The same snake is on the cover of a lot of books haha.) This book sounds intriguing and I’m surprised by how interested I am in it. I don’t think I would usually pick up a book like this, but there is something about it that makes it seem really interesting. I think the hype surrounding it has something to do with it, but it also sounds really dark and disturbing. I know the author said it was meant to disturb and the book was definitely adult. I honestly have no idea what is going to happen and I feel like my guess would be really off haha. I know the dark secrets of some of the richest people and a main character who’s the only survivor of an unsolved multiple homicide sounds fascinating. That feels weird to say, but I think it’s going to be a really interesting story.

Ninth House comes out October 1, 2019! You can add it on Goodreads and pre-order a copy in the meantime!