I was always so confused when a book would get a different cover when it was released in paperback. I just didn’t understand why they would change. Now, I would still prefer if the cover would stay relatively the same, but I can see why it’s changed from a marketing perspective. I decided I would put together some of the paperback covers that I actually like!

I love this book and I love the hardcover cover too. But, this one is adorable, colorful, and so sweet. It’s almost as good as the previous one! It really captures what the book is about and I love the addition of the mug of what I’m going to assume is hot chocolate.

The original cover was gorgeous and I really liked it. This one is amazing as well. It compliments the sequel cover really well and I really like that they went in this direction! I’ve only read a little bit of Seafire, but it really, really shows the characters for who they are! 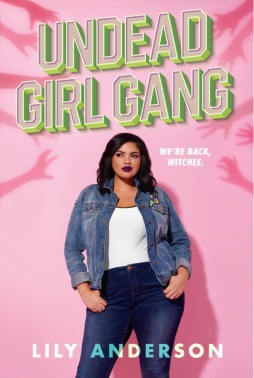 Ah, it’s a fat girl on the cover! And she looks so awesome. The original cover was really cool and I liked how they did it, but this one is just so awesome. She looks so confident and like she’s proud be to who she is.

You Bring The Distant Near by Mitali Perkins 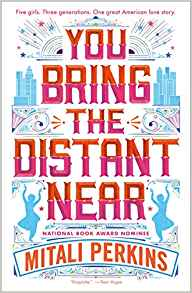 This one is so pretty! It is busier than the original, but I think it’s worth it. It really draws your attention in and makes you focus on it.

The Beauty That Remains by Ashley Woodfolk 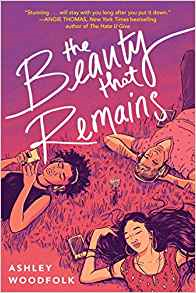 I really love the depth to this cover. I really adds something to it and I love that the teens are just lounging on the floor. It feels very true to life and I really, really like that.

If paperback covers keep being this pretty, I might just have to start liking them fully haha. They are starting to be really good!

9 thoughts on “Paperback Cover Redesigns That I Actually Like”