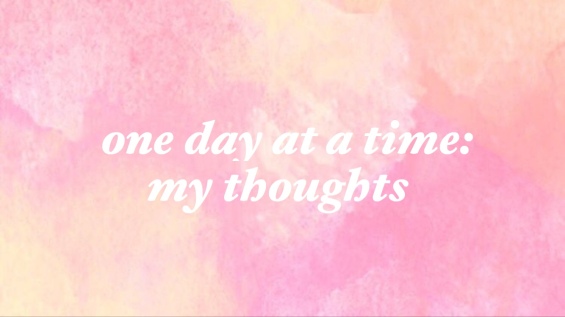 I started watching this show on a whim. I had seen some people talking about in on Twitter and it looked pretty decent! It had a teenager girl as one of the main characters and she looked like an actual teenager! That’s rare and I definitely wanted to try it out. Plus, she’s gay which was even more incentive for me to give it a shot.\

This show is incredible. It’s about a Cuban American family going through life. It shows the good things, the in between things, and the bad things. So many current issues are brought up and talked about. And since there are three generations in this show, you get a lot of different viewpoints!

Some things the show have addressed are: gun violence, queerness, gender, teenage sex, drugs, mental health, racism, and simply what it’s like to grow up. I think one of my favorite things about this show is that these things are discussed. It’s a conversation between the characters and you get to see so many different viewpoints. Things are hashed out and talked about thoroughly. It’s honestly amazing to see.

There is also a non-binary character! And their kinda a main character! And they/them pronouns are used! It’s out in the open! Their the love interest! There’s kissing! It’s amazing! Honestly, I just squeal through those scenes.

The characters are flawed. The adults on the show go through their own things, but I really like seeing the teens mess up and be teens. They’re not perfect, but they’re doing their best. And they want to be the best they can be. They just feel so authentic and I love that they’re not perfect.

This is a sitcom, so on top of the awesomeness that it already has, it’s also really funny. I don’t watch the episodes straight through (I’m impatient haha), I jump around and watch an episode here and there. It’s nice cause I can slip into the plot wherever and whenever I want!

This show is wonderful. Season 3 was just released on Netflix and I definitely recommend giving it a shot! I would love for it to have more seasons, since I think it’s just going to get even better from here.

4 thoughts on “One Day At A Time: My Thoughts”