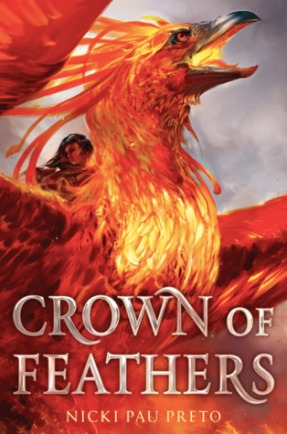 Synopsis:
In a world ruled by fierce warrior queens, a grand empire was built upon the backs of Phoenix Riders—legendary heroes who soared through the sky on wings of fire—until a war between two sisters ripped it all apart. Sixteen years later, Veronyka is a war orphan who dreams of becoming a Phoenix Rider from the stories of old. After a shocking betrayal from her controlling sister, Veronyka strikes out alone to find the Riders—even if that means disguising herself as a boy to join their ranks. Just as Veronyka finally feels like she belongs, her sister turns up and reveals a tangled web of lies between them that will change everything. And meanwhile, the new empire has learned of the Riders’ return and intends to destroy them once and for all.

I heard warrior queens and I was sold. It is a huge resounding YES to high fantasy with fierce female characters. Phoenix’s are something that I’ve heard a lot about, but I’ve never really read a book that centers on them and I’m so excited that there is one that’s coming out soonish! This books sounds stock full of everything that I love. It sounds so magical and epic and strong. I cannot wait read it!

You can add it on Goodreads and pre-order it in the meantime!