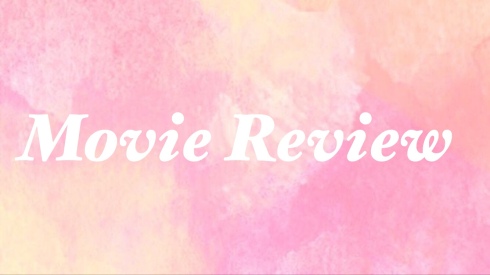 I’m surprised this movie exists. When Jurassic World came out in 2015 it made sense; it was a more modern dinosaur movie. With all the new technology, dinos could become even more lifelike. I was so excited for that one and I did end up loving it. But that’s where I thought it would end. The ending was pretty straightforward and I honestly wasn’t looking for a sequel. Which is why I was surprised when I found out there was going to be one.

I honestly thought it was going to be subpar. It felt like they were milking the success of the first movie a bit. But, I actually really enjoyed it! The premise was solid and not unrealistic.The returning characters fit right into the plot and the new characters were an amazing addition.

The tension is thick throughout the movie and dinos were scarier than ever. It honestly held a few horror movie vibes with some of those scenes. I always felt like the characters were in some sort of danger the whole time, but it didn’t get overwhelming or tired. It was just enough that the tension was there. It was also broken up with humor, which was something I really enjoyed. It was very sarcastic, so it didn’t feel out of place.

One thing I didn’t like was Claire and Owen’s relationship. Their breakup is explained in a logical way, but I just didn’t want to see them “fall in love again.” We already did that storyline and I just don’t think it needed to be done again. Have them decide to be friends and cut the romance aspect out; I think that relationship would be spectacular to see. But of course that is taboo in Hollywood.

A moment of appreciation for Franklin and Zia who are some of the most amazing people ever.

There was “big reveal” at the end of the movie about Mazie’s character (she’s adorable and I love her) that was honestly bizarre. I think there were a few mentions to it scattered throughout the movie, but they are so vague I don’t even know if they are related. The revelation is such a flippant comment that you can’t tell if it something to throw the main characters off. But then it used as a deciding decisions a few minutes later. It just didn’t make sense to me.

BLUE. The baby raptors and Blue were probably one of my favorite parts. I never knew I could find raptors cute. And cute even after they have grown up.

I am not a fan of the ending. It gives way for another movie and THAT definitely feels like a money grab. I do not want the franchise to head in that direction, but here we are. If a another movie was not going to be made, the ending would make for an interesting topic of discussion as it is something to think about. These two movies were so good, that what I think would be the premise of the third one would throw everything off.

Those are my thoughts of Jurassic World: Fallen Kingdom! Although it made my heart ache for some of the dinos, I did thoroughly enjoy it! And if you would like a dinosaur please consider adopting a cat. They are basically small, furry dinos that are better for cuddling.